Beth and I left the boys at home and taking our Texan guests to La Peña de Bernal, a famous monolith (otherwise known as a very large rock), that is located about an hour from here as the car drives.

It’s a lovely little town with some nice shops, some nice views, and a little restaurant on the main plaza that is owned by believers.  We didn’t know that until we were seated and began conversing with our waiter named Cristian.  He sounded like he had an Argentinian accent which made me wonder if he was somehow related to the nearby Christian training center and camp, Palabra de Vida (Word of Life), which has a branch in Argentina, and apparently many other countries as well.  I don’t know it well, but we’ve been impressed with the college age students we’ve met here who have attended the local branch.

So, we asked him realizing he may have no idea what we’re talking about.  Just so happens, he is affiliated with Palabra de Vida, and he is a missionary from Argentina to Mexico through Palabra de Vida.  He was very busy as the only waiter in the restaurant so we didn’t get to talk much.  We made sure to slip him a few extra pesos on the way out to bless him and his family.

We were graciously allowed to go into the back of one of the shops that sells all sorts of textiles.  They said that they’re the only remaining shop in Bernal that still uses looms and makes their own products in this way.  I took a couple of videos which I’ll post separately.  A man working on one of the looms told me he’s been doing this kind of work for 35 years.  Wow.  When we first visited Bernal with Beth’s family back in 1990, it was a sleepy little hamlet with rough cobblestone streets, many shops had large looms being operated by indigenous men and women, and locally made wool sweaters were in practically every shop.  Today, you won’t see too many tribal people and if you find a sweater, it will probably be made thousands of miles from Bernal.  It’s very touristy, attractive, but missing that pueblito charm that it once held.  It will never look like that ever again.

I did finally get some photos of our guests.  Something I might not have remembered to do if we hadn’t gone out today.  It was a really nice day.  It even rained on our way home; hard enough rain that the boys would have declared we received a “missionary car wash.”  (i.e. free! ha-ha) 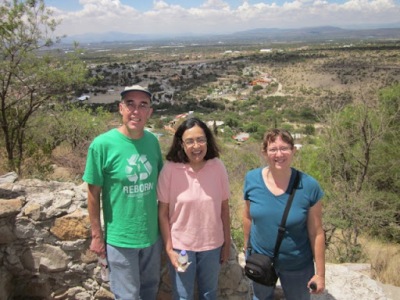 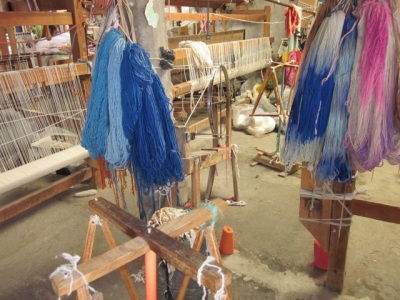 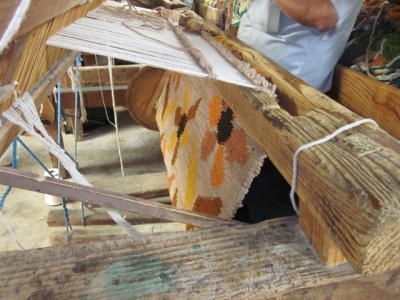 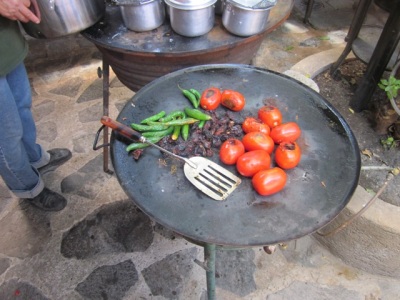 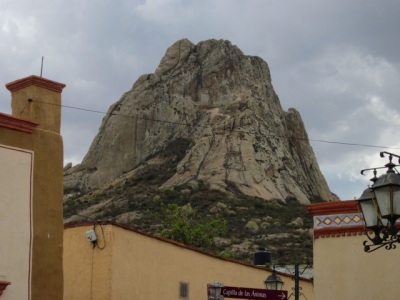 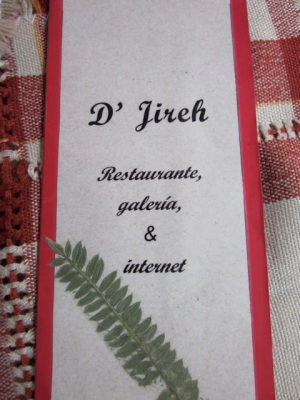 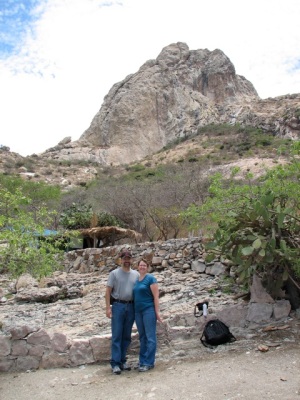