Good news!  Our annual missionary visas have been renewed and are in our hands in record time!  Last year’s visas expired on April 8.  Here on April 11 we have our renewed visas and our car has also been legalized for another year of travel within Mexico as well.  The system here has been changing and we’ve had to do a few things differently, especially with the vehicle, but we got it all sorted out and we’re legal again!  In past years this has taken anywhere from two to eight weeks after our expiration dates, so this was our best experience ever!

Bad news!  Dayton picked up lice a couple weeks ago and Cameron was starting to get it as well.  After treatments and an exhaustive linen/clothing cleaning, we were free and clear…for about 2 weeks.  Then, they came back.  Apparently, the treatment didn’t kill all the eggs.

Good news!  I think we’re now clear of the pesky critters.  Only Dayton had them this time, but he had them bad enough that Bethie and her mother took the treatment.  We sprayed a bunch of lovely elements in Dayton’s hair and both boys got the treatment again.  Then, I took out an old pair of clippers that we normally don’t use anymore and with a plastic guard set on #1 (like 1/8th of an inch!), I buzzed Dayton, Cameron AND me!  It was about time for a clip anyway and I usually use a #3 and #2 on the sides…so a #1 all over wasn’t too much more to ask!  Besides, it’s hot here now so it feels nice.

Cameron likes his hair long.  Dayton did too but he likes how this feels, so maybe we can have ONE boy that looks more like a boy than a girl.  🙂

They wear caps when we go outside.  Good against the sun, but Cameron just doesn’t want to be seen with his hair all gone.  Rumor has it, Grandma Hanna sneaked a photo of him at lunch today (hat on?  I think so).  Haven’t seen that pic yet. 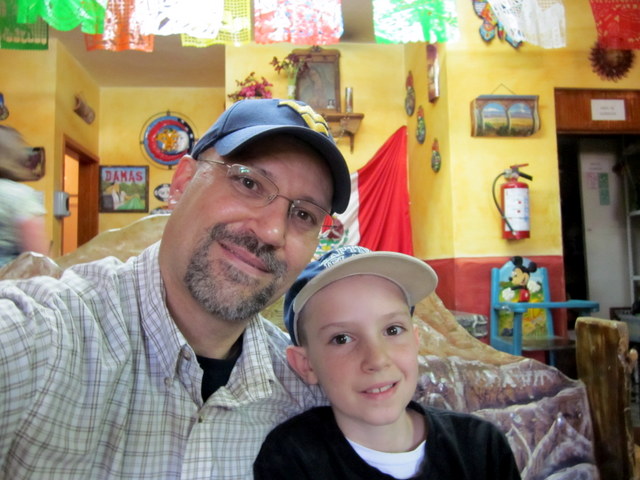 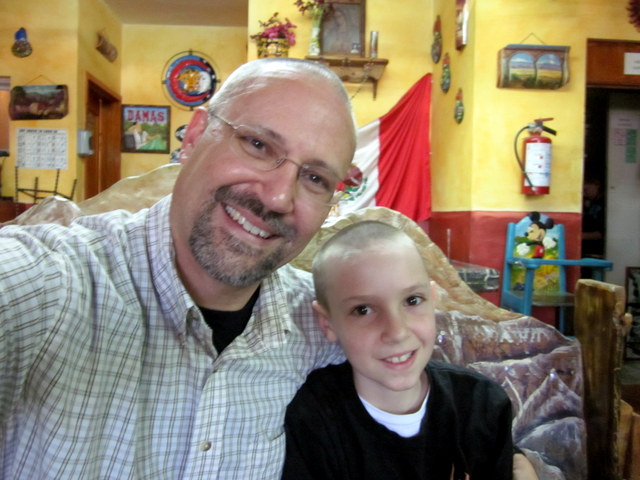