When I take my daily walk for an hour, I usually take my ear buds so that I can listen to three or four daily Bible readings from my read-through-the-Bible-in-a-year plan. Sometimes I know I won’t have enough time to listen to a fourth or fifth reading as I get near home, so I often will open up YouTube and listen to some worship music du jour.

Today, however, I saw a random-looking video regarding a topic I haven’t really paid much attention to, but since we’re heading to the USA for an extended period, it seemed like a good idea to give it a listen to see if there might be something important for me to know. It took me a while to get through the entire video after I got home, but it was worth it. I ended up posting the following on my MeWe account (didn’t think it’d be wise to post it on Facebook for a couple of reasons). I probably won’t be posting anything quite this heavy on a routine basis, but like I mentioned earlier today, you never really know because I don’t even know!

The video might seem a little tedious in a couple of places, but it’s worth sticking with it. As believers in a fallen world, we need to understand this issue in order to understand the fallen perspectives with which we will be confronted and in this case practically assaulted. Like Paul observed the gods in Athens in order to make a better presentation of the gospel message, we should pay attention to CRT (Critical Race Theory). Ignoring it will not make it disappear. Ignoring it will not keep it out of the Church, in fact, it will open the door of the Church to embrace this unbiblical and dangerous worldview. The following is a copy of what I posted on MeWe earlier this evening:

This is long but helpful in understanding some about Critical Race Theory (CRT) and more so regarding the controversy this issue is creating as far as divisiveness and the unbiblical viewpoint of accepting CRT among evangelicals. In this particular analysis, the narrator demonstrates how Pastor David Platt’s acceptance and promotion of the CRT viewpoint is unbiblical and dangerous. The narrator uses independent comments by Pastors Voddie Baucham and John MacArthur Jr. as counter-points to Platt.

One can easily see how this issue may have become the most divisive and dangerous issue of our times in both our societal/national affairs and the life of the Church. A failure to understand this issue and a biblical understanding and answer to it will have grave consequences to the life of the Church and to our own lives individually as believers in an unbelieving world. CRT is one of the key underpinnings for overthrowing democracy, capitalism, and Christianity in the USA in favor of “democratic” socialism, leftist neo-racism, and Satanic statolatry. Be aware or be a victim. 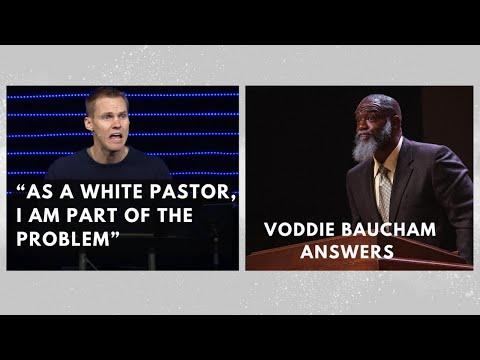